Studio Butter uses its UBCO 2X2 to shoot stunning content for commercials, documentaries and branded content – in almost any conditions.

An Auckland-based creative studio, Studio Butter works across New Zealand with a range of clients including Anchor, New Balance, Grounded Packaging and even UBCO. But getting a stable moving camera shot without vehicle noise and accessing off-road locations was a challenge.

Founder Andy Day first came across UBCO bikes on the internet and reached out to see if he could borrow one for a Lamborghini shoot. The bike worked out so well that Studio Butter now has its own 2X2 Adventure Bike which has become an essential part of its everyday kit.

"We just throw it on the back of the car when we're heading out for a shoot and we use it for all sorts of things from cow wrangling on some of our farm shoots through to just general transport or camera rigging,” says Andy.

"I think our bike has probably seen the most punishment out of any UBCO bike there is, and it's still going hard."

With the power and agility of a farm bike, UBCO's 2X2s can carry camera kit and film footage while traversing some of the toughest environments. Andy's team came up with a great solution to tailor the bike for use in the field.

"We started out with speed rails and clamps as an initial test. Once we found out how well this worked, we designed and laser-cut a custom Perspex plate which attaches to the standard accessory mounts on the 2X2. This allowed us to suction cup our car rig to the Perspex plate. And it's been great,” Andy says.

"At every production set we've taken them to people are blown away by the bike. I think it could really be a key piece of equipment for the production industry." 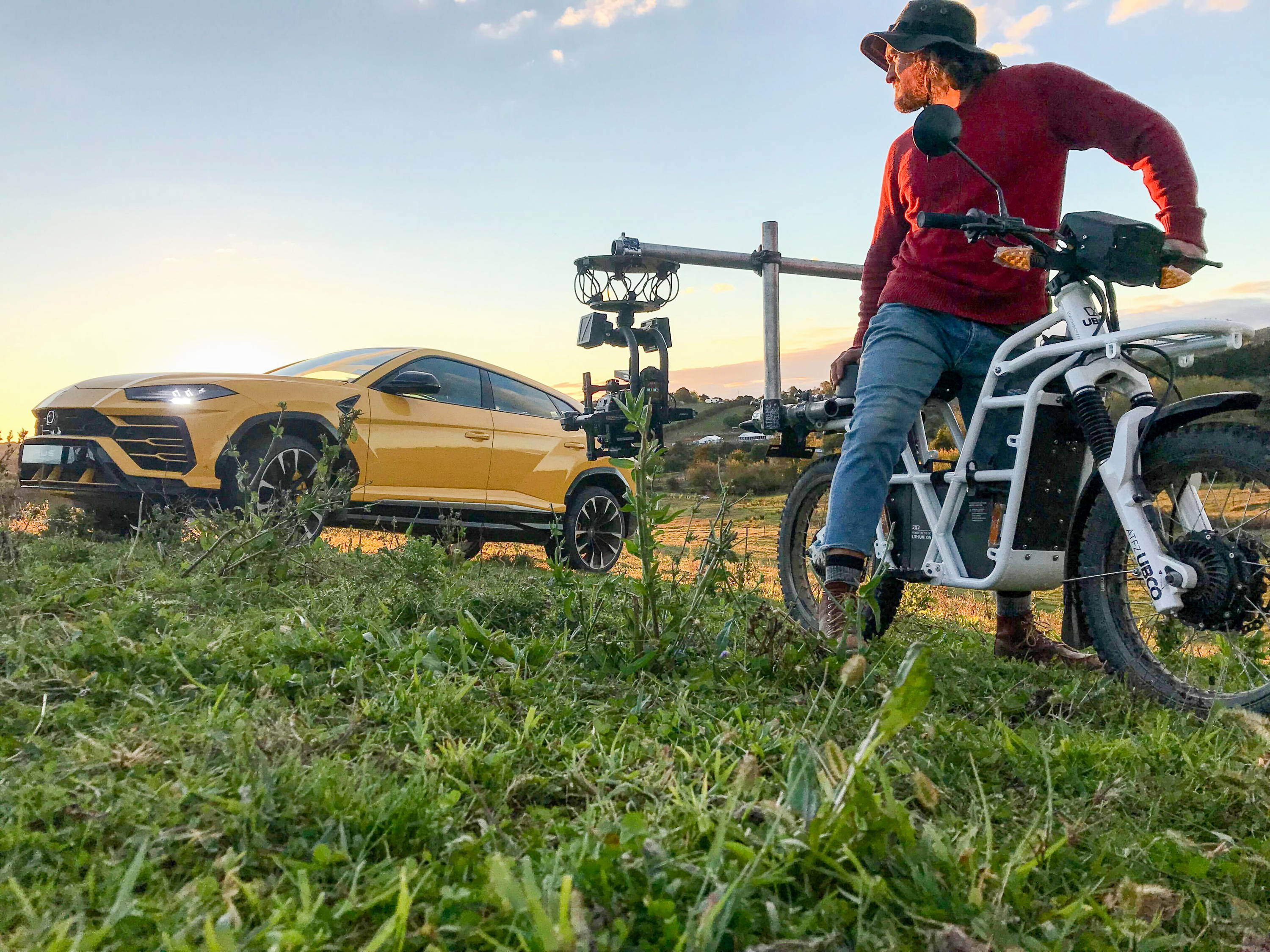 The original rig used for a Lamborghini shoot. 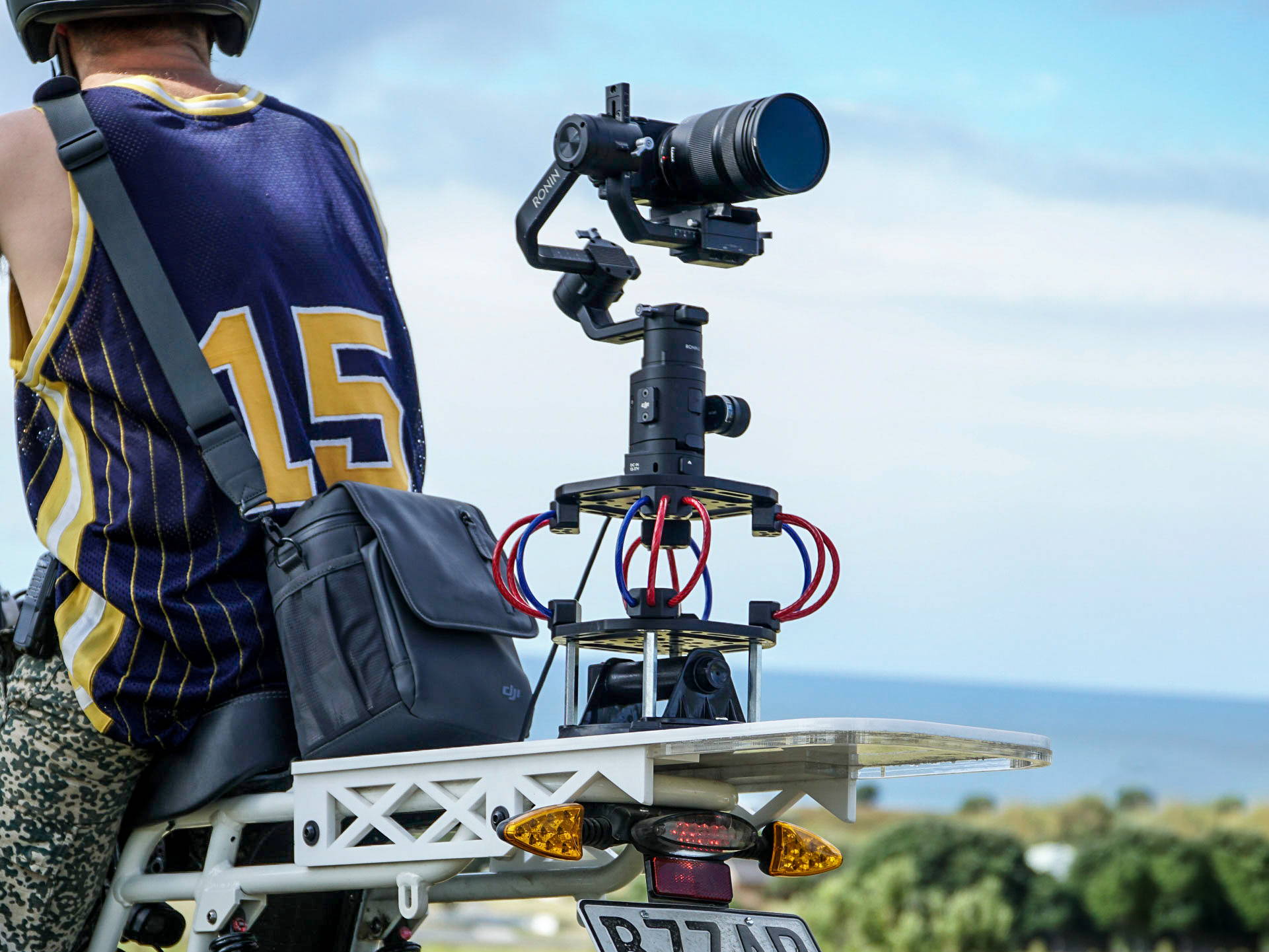 The updated rig, complete with stabilizers and Perspex bike mount.

What Andy digs about his UBCO 2X2

What we dig about Andy

Many thanks to Andy and the team at Studio Butter for sharing their story! Could an UBCO 2X2 help you with your production projects? Shop now or test ride a 2X2 at your nearest dealer.